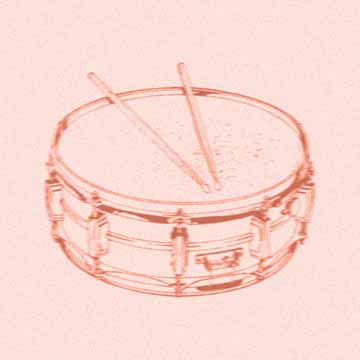 Happy May Day parade in Kiev!
While the comrades were dancing with innocent style
Stared aghast at the screen
As their ignorant faces were glowing with radiant smiles
Won’t you stop? Get inside!
Can’t you see there are spears in the sky
And you might as well dance `til you die?
Shhh! Keep it quiet!
There’s no need to incite
Knowledge darker than Chernobyl skies

Won’t you please raise a glass?
To the final few shining moments of bliss!
And I hope that your shining hearts made of glass
Will never shatter you!

It was Fourth of July at Lake Tahoe!
Spewing with friendly fire
And the songs and the sounds of the broadcast
Were pumping us higher
So the bombs would blast
To the simulcast
Financed by a big casino!
Saddamized Patriot quotes
There were too many notes as the President spoke
And he said that we’d go “KICK SOME ASS!”

As they lie in the street they have nothing to eat
So they starve and they shiver and shit
And if pride and success had a face
I would guess that this half a man’s head wasn’t it
Can’t you feel the red glare whilst it isn’t your skin?
`Cause it’s tragic to lose and it’s tragic to win…
I cannot look you straight in the eye
I confess: I’m impressed!
With the might and the power and the will
And the best of all sights and the showers of thrills
On these festival nights as I’m glued to the tube
With machines to incite something wondrous and crude
Like a primitive knight with the sword of a god
I will turn to the fight with a visceral awe
And with victory bright this delight cannot fade
I am glistening white as I join the parade
I am oiled and broiled and soiled and greased
And it suddenly strikes as I head for the feast:
I’M A BEAST!

There goes technology’s bastard
Pure and detached may he shine!
Sucking my blood, he’s remorseless
Well I still have mine, oh please I still have mine…
Drag me above all the ashes
Cushion my conscience from wrong
Icing my instincts transparent
Then shatter me instantly, don’t wait too long
And I try to believe
Yes I try to believe
As I’m staggering through that old song…

I watched a documentary on a May Day parade celebration in Kiev, of the former Soviet Union, on the day of the Chernobyl nuclear accident in the 1980’s. The documentary showed most of the city’s inhabitants dancing and laughing together in the streets, unaware of the nuclear meltdown which had just occurred upwind in Chernobyl. The radiation in the air was indetectably jeapardizing the lives of everyone out on the streets. The city’s political leaders knew about the radiation, but did not to tell their own constituents because the government wasn’t ready to admit to the accident yet. Large numbers of these people later died of diseases related to the radiation they were exposed to.

Another scene in the song depicts a Fourth of July celebration I attended at Lake Tahoe, Nevada, the summer after the Persian Gulf War. A huge fireworks display was produced in conjunction with a radio simulcast broadcasting patriotic Desert Storm pop songs and snippets of news conferences describing American successes in the war. I didn’t really know how I felt about the Gulf War, except that I found it strangely and viscerally compelling to watch it unfold live on television. I did, however, feel uncomfortable with the tone of the celebration. Even if military force is justified, destruction and death are strange subjects to drink beer and party to. Go Scud Stud!